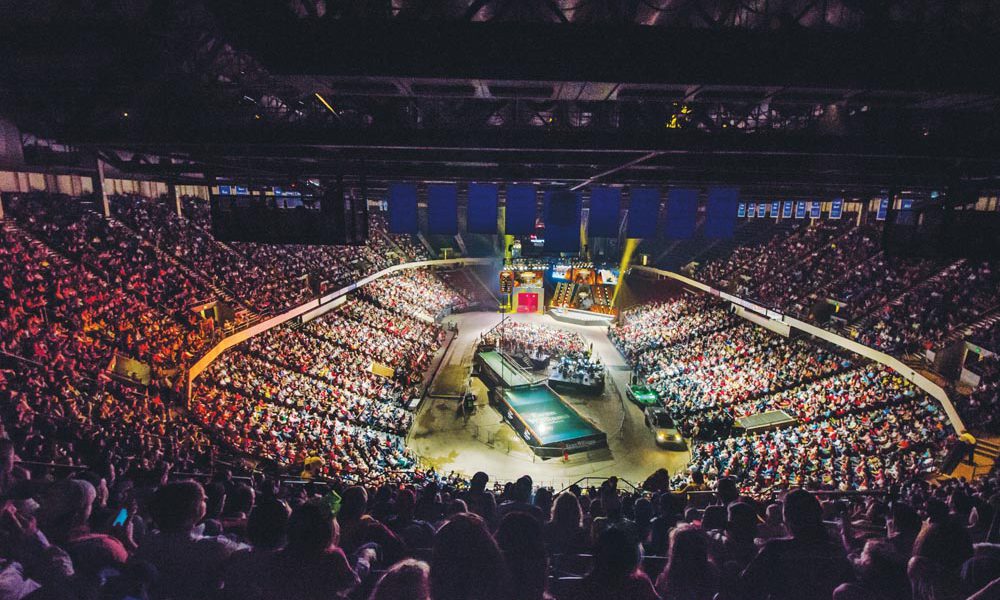 The 2020 Bassmaster Classic will be held in Birmingham, Alabama, with fishing taking place on Lake Guntersville on March 6-8, B.A.S.S. CEO Bruce Akin announced on Monday. This will mark the 50th anniversary of the iconic freshwater tournament.

“It’s fitting that the golden anniversary Classic be held in Alabama, where B.A.S.S. was founded more than 50 years ago,” Akin said. “Our plans are to make this the most spectacular celebration of bass fishing in history.”

Tournament weigh-ins, along with the Classic Outdoors Expo, will be held at the Birmingham-Jefferson Convention Complex in downtown Birmingham. This will be the 13th time that Alabama has hosted the event and the eighth in Birmingham. This is the 23rd time that Lake Guntersville has been used as a venue in a major B.A.S.S. Series event, including the 2014 Classic.

“We are so proud to once again host the Bassmaster Classic, the Super Bowl of bass fishing,”said Birmingham Mayor Randall L. Woodfin said. “We look forward to the great competition the Classic attracts and the dedicated fans who will gather in Birmingham for this incredible event. While in the region, we invite everyone to experience the inspirational history, legendary food and world class entertainment which make us the Magic City.”

The event will feature 53 anglers vying for over $1 million in cash — including a $300,000 purse for first place. It will be streamed live on Bassmaster.com and ESPN3.

Power-Pole Shallow Water Anchors will return as a premier-level sponsor for the annual event.

“As always, we are proud to be a premier sponsor of this event,” JL Marine vice president Robert Shamblin said. “Power-Pole Shallow Water Anchors have become a trusted tool for Classic competitors and our presence on the biggest stage in freshwater fishing will surely be felt again in 2020.”

Click here for a recap of this year’s Bassmaster Classic in Knoxville, Tennessee, which attracted over 150,000 fans for the tournament and surrounding activities.