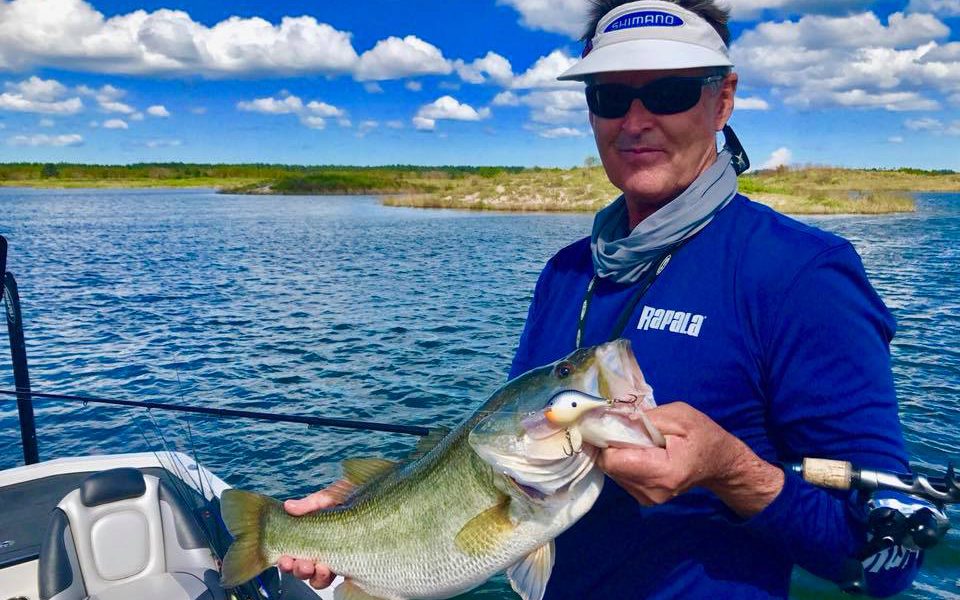 You can bet that, after competing on the bass-fishing circuit for nearly 40 years, Power-Pole ambassador Bernie Schultz has come across a lot of lures. But what are his top four topwater picks today?

RAPALA SKITTER WALK – “When I want to work a bait through a high-percentage strike area, the Skitter Walk allows me to impart side-to-side action to cover some ground,” Schultz said. “The key is to throw it past your target area and to walk it back into the strike zone. You can throw it anywhere — off the tip of an oyster bar, or across a point of grass, a clump of lily pads or a simple a hole in the grass. The point is to cast beyond the spot, then bring it back over the structure.”

Skitter Walks can be popped back with frequency, but sometimes a pause in the retrieve is key to getting attention.

“Many times I’ll twitch, then pause the bait, letting it bob and creating a ripple,” Schultz said. “The lure has a single knocker in the tail that creates a deep resonating sound that triggers fish when you twitch and click it in a stationary position.”

RAPALA SKITTER POP – When bass are on an aggressive bite, Schultz opts for the Skitter Pop.

“The Skitter Pop is probably the most versatile of the topwaters in terms of retrievability. You can pop it, spit it or slide it, as the concave mouth really pushes water in any direction you want to retrieve,” Schultz said. “It’s especially effective when shad are around, as the spray from the concave lip emulates the noises of fleeing shad, which have a flicking action with their tail instead of a big pop.”

Schultz works the lure with short, choppy movements of the rod tip, maybe a foot or less on each pull.

HILDEBRANDT BUZZBAITS – “Buzzbaits are a big-time bass producer, especially when throwing around a lot of cover,” Schultz said.

He goes super light with 1/8- to 1/4-ounce baits, but the real key is adjusting to the conditions.

“You can cover a lot of water and vary the retrieve speed to suit your needs,” he said. “I’ll use a clacker buzzbait when I need to make a lot of noise to draw fish out of their cover. If cover is sparse and I am encountering lethargic fish, I go with a squeaking-variety buzzbait.”
Not only do bucketmouths find buzzbaits appealing, but on the saltwater side, they are deadly when dragged around spartina grass-choked backchannels and bays.

RAPALA X-RAP PROP – Many topwaters are designed to zig and zag from side to side, but the Rapala X-Rap Prop, with its tandem-propeller construction, runs in a straight line.
“I use this one with a deliberate forward motion, an in-line retrieve,” Schultz said. “The subtle pulls create that prop splash to elicit a trigger strike.”

Ultimately, the lure is all about patience and discipline.

“Cast it out and let it sit.,” Schultz said. “Wait for rings to settle before moving the lure, and when you do, pull it only once or twice in really small, 2- to 3-inch distances, then let it settle again. Strikes happen when the lure is sitting still and the fish study the bait.”

Prop baits are used for sea trout up creeks and for bass when trying to draw them out of structure.

Bernie Schultz says, “and I can’t do it without my Power-Poles“.