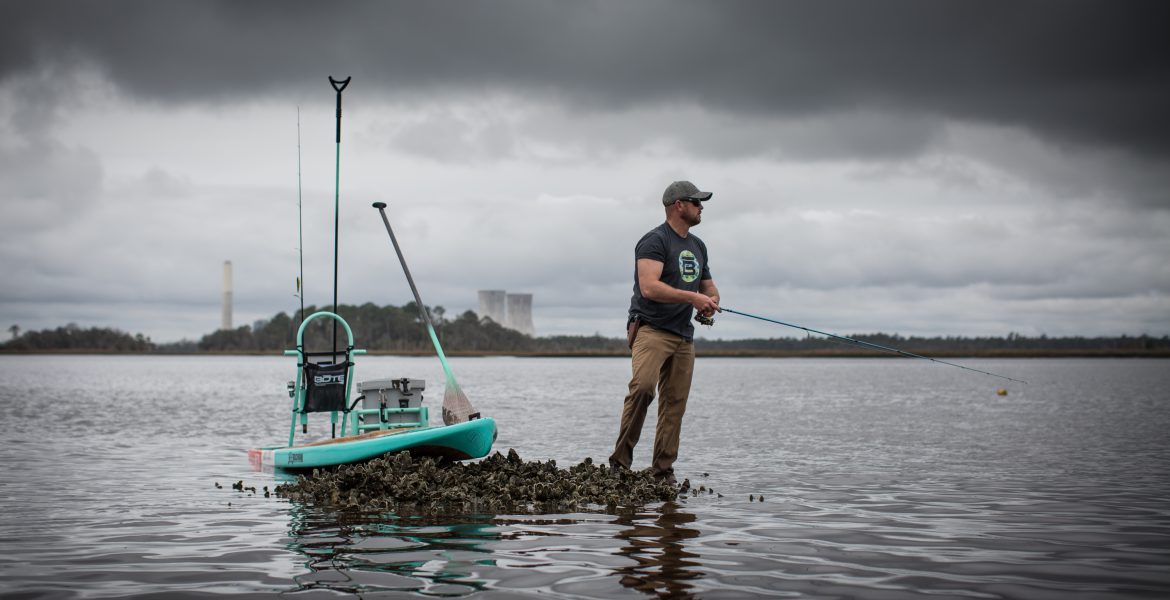 Written by Power-Pole Staff on September 5, 2019

Powering up your paddleboard with Bote’s Rob McAbee

These days, paddleboards are much more than just recreational toys. Outfitted correctly, they can be transformed into outstanding fishing platforms. Rob McAbee, creative director at BOTE paddleboards, brings his BOTE board to life with the use of the Power-Pole Micro Driver in the waters off Amelia Island, Florida.

“The appeal of fishing from a paddleboard is all about simplicity,” McAbee says. “I match the Power-Pole Micro Driver on my BOTE board, which eliminates any bulky anchors and ropes and extra weight to carry on the board. It’s a total simplification of the anchoring system.”

McAbee shares three distinct ways he employs the Micro Spike Driver to fish on his board.

“First off, when the flood tides have redfish up on the flats feeding on fiddler crabs, I make my approach, paddling up slowly not to spook the fish,” McAbee notes. “Then I put the pole down super silently to make sight casts to the waving tails. They don’t hear a thing.”

When fish are up on large, expansive flats, McAbee shifts to another tactic.

“Some days, the flats are a football field long, but I don’t want to spook anything by gliding over it,” McAbee says. “I’ll paddle to the edge of the flat, put the pole down to stick it in one spot, then proceed to get off the board and wade the flat, confident my board is anchored in one place when I walk back to it.”

Redfish will push up a creek on a flooding tide, and points of confluence during outgoing tides are a third opportunity to use the Micro Driver.

“On the outgoing water, reds are going to spill out over oyster bars off a point,” McAbee says. “I’ll plant the pole down on the point and wait for the falling tide to cast as they move out through the channel along the point. The Micro Driver fastens me securely in any current.”

Though Micro Driver fishing applications are aplenty, many non-fishing-related uses can be realized on a paddleboard, also.

“We paddle around the freshwater springs, floating down and staking the pole down to hang out,” McAbee says. “It creates a floating island. We don’t need to drag the board up on land — simply put the pole down, and we have a platform we can hang around.”

Anyone who has had to deal with dirty decks from anchors bringing up bay mud will also appreciate the Micro Driver.

“The Micro Driver system is pleasant, as there is no sticky mud getting all over the board. It’s so much cleaner,” McAbee notes. “And there’s no metal anchor to crack the deck or scratch the paint off the board.”

Clean, silent, lightweight and effective — up your fishing game and power up your paddleboard with the Power-Pole Micro Driver system.