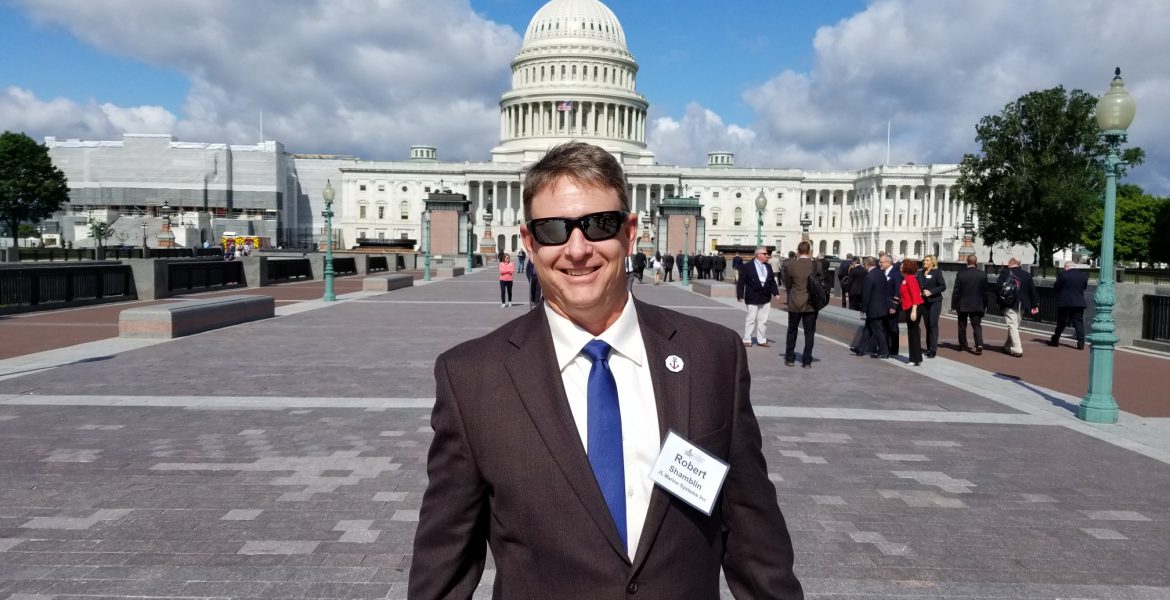 JL Marine Systems vice president Robert Shamblin was part of a coalition of over 300 industry stakeholders from the National Marine Manufacturers Association that gathered for the American Boating Congress 2019 in Washington, D.C. this week.

This year’s ABC provided attendees with the opportunity to meet with elected officials, listen to influential speakers, and discuss issues impacting their business with key policymakers. The event also helped build and strengthen relationships that lead to a brighter future for the entire industry. According to the NMMA, recreational boating generates 691,000 American jobs. As an industry, outdoor recreation accounts for 2.2 percent of the country’s overall gross domestic product.

“We wanted to make ourselves visible to Washington,” Shamblin said. “When you are not there it is ‘out of sight, out of mind’ because that’s the way our system works. You have to be in front of those lawmakers. You have to let them know what the issues are and why they are important.”

Among the issues facing the outdoors recreation industry that were discussed during the meetings spanned from current trade with China and tariffs on consumer fishing goods like rods and electrical components to the labeling of high-ethanol gas. The two biggest priorities for Shamblin, who was there as a representative of Power-Pole Shallow Water Anchors, was promoting legislation that helps protect the environment and that provides greater access to that environment.

As a Florida-based company, the news that a request by governor Ron DeSantis for $200 million of federal funds to be set aside for the Army Corps’ Everglades restoration project had received support from the White House came as a big win for both the environment and the industry.

“Conservation is important, especially in this industry,” Shamblin said. “Boaters and outdoorsmen really are conservationists. They recognize the need to protect the environment and the importance of passing this resource down to our kids. “

The other priority was ensuring that everyone has the opportunity to enjoy those natural resources. To protect that access, industry leaders like Power-Pole are pushing for improvements that would benefit boaters to be included in the nearly $2 trillion infrastructure bill that has been proposed. These funds, he said, are needed for construction and maintenance of recreational facilities and boat ramps.

“We don’t want to be overlooked,” Shamblin said. “95 percent of the boats sold in this country are 28 foot or less and most of those are transported by trailer so people need to have those places where they can launch those boats, park those trailers and have facilities to use at those ramps. Without having outdoor recreation as a title in the infrastructure bill, those things can get overlooked because when people think infrastructure they are thinking about planes, trains and automobiles, they don’t necessarily think about our boats and waterways.”