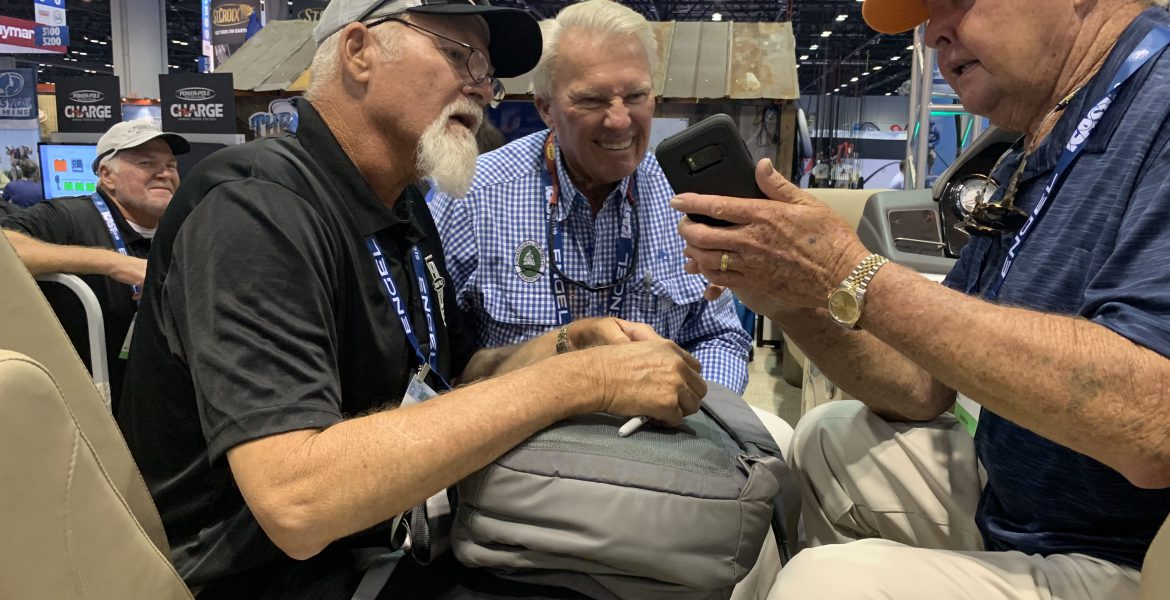 Power-Pole Live from ICAST 2019 in Orlando

With prime real estate in the Orange County Convention Center, a live band, free beer and two decades worth of friends sharing stories, Power-Pole Shallow Water Anchors turned this year’s ICAST in Orlando into a celebration worthy of a 20th anniversary.

The theme of this year’s booth was a look back at 20 years of building the original shallow water anchor. Specially designed display walls, complete with video display screens, presented a timeline of major events and milestones within the company as it moved from founder John Oliverio’s garage to the vibrant company it is today. Show attendees could take a look back through the company’s history, including product launches, historic wins by pro anglers and the various marketing efforts from the past two decades.

At the center of the booth was a 31-foot Regency pontoon boat which served as a stage, studio and general meeting place throughout the event. From the deck of the pontoon boat, Nashville recording artist and Power-Pole pro staff angler Tom Jackson provided the entertainment for a star-studded audience during the event’s “Happy Hour,” including the debut of his Power-Pole-themed song “Poles Down, Trophies Up.”

The pontoon also featured a parade of some of the biggest names in the fishing industry including Bill Dance, Roland and Scott Martin, CA Richardson, and the Lane brothers, Chris and Bobby, as they reflected on the growth of the brand and their involvement with the products. The Power-Pole media team spoke with nearly two dozen members of Team Power-Pole – some of which had used the product since the very beginning – which were broadcast live via Facebook throughout the event.

Of course no ICAST would be complete without the unveiling of a new product. Along with reminding the fishing and boating community how far Power-Pole has come in such a short time, the show served as an unveiling for the special edition 20th Anniversary Platinum Blade for 2019. Available in 8-foot and 10-foot models, these are currently being produced in limited quantities and made available through select dealers for a limited time.

According to the American Sportfishing Association, over 14,500 buyers, exhibitors and members of the media attended this year’s event which ran July 8 through 12. That attendance was an increase of 6 percent over last year, making it the most attended ICAST, for the nation’s largest outdoors and fishing industry trade show, of all time.

See below for all of our celebrity interviews from the show.