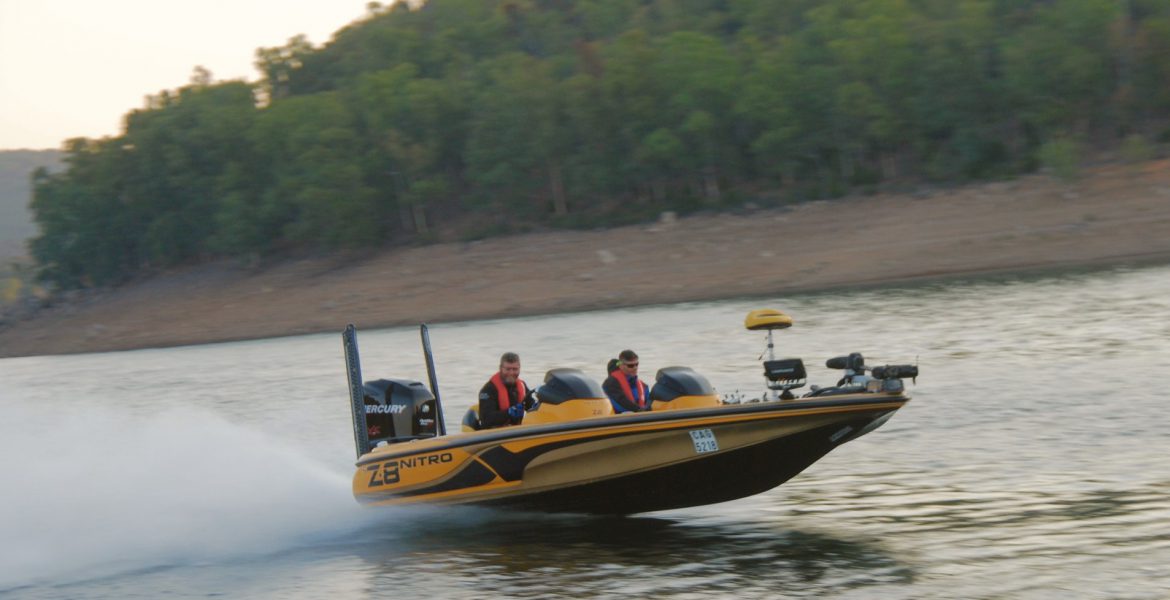 Power-Pole is certainly going global in a big way. Power-Pole’s Casey Carpenter and Lenny Gurvich represented Power-Pole at the Soner Euro Cup at Lake Cigara in Spain — and what a trip it was! The 125 boats that entered the contest hailed from all over Europe, coming from Poland, France, Russia, Romania and other European countries to descend upon Lake Cigara, which lies about 2.5 hours southwest of Madrid. The anglers were targeting black bass, a type of largemouth bass, but with the same exact fighting capacity.

Participants were a mix of full-time pros like in the U.S., but also included a wide swath of backgrounds from construction workers to bankers and all interests in between.

“The lake is 30 meters deep with a five-fish limit, and they held an intermediary weigh-in from 12 p.m. to 1 p.m. to give anglers the opportunity to weigh in and release fish mid-tourney to prevent mortality, so they really care about the viability of fish,” Carpenter said.

The largest fish of the tourney weighed in at about 6 pounds.

Regarding the interaction among anglers, Carpenter stated humorously: “They spoke ungodly fast in Spanish, making the language barrier tough. But we found that seven boats had Power-Pole shallow water anchors on them, and no language barrier kept anglers from understanding the uses and benefits of Power-Pole products.”

“Overall, it was a great opportunity to express who we are at Power-Pole and what we’re about,” Carpenter added. “We were welcomed with open arms, and the response of anglers was great with the Power-Pole products.”

And to top it off, out of all the 125 participants, the fourth place finisher had a set of Power-Pole dual Blades on the boat.

Carpenter ended his comments with one stunning observation about bass anglers across the pond.

“The will to be great is everywhere, not just limited to U.S. bass anglers,” he said. “They look up to U.S. anglers and our passion for bass fishing. They follow our technology and want to be just as successful in their endeavors in bass fishing as we are here.”