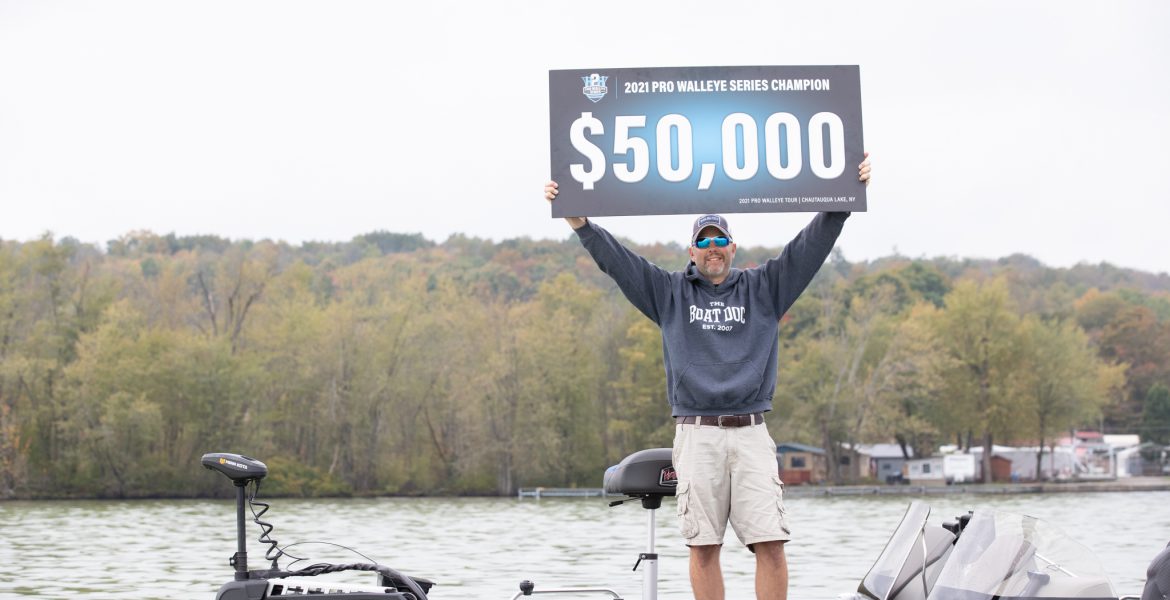 Josh Wiesner is the definition of a well-rounded angler. With numerous top 20 and top 10 finishes, Josh has 20 years of competitive walleye fishing under his belt. In a career-changing win, Josh was able to come out on top during the first annual Head 2 Head Fishing Pro Walleye Series Championship, earning the title of Head 2 Head Fishing Pro Walleye Series Champion and $50,000.

Josh’s win during this championship did not come easily, according to H2Hfishing.com’s article “How to Win a Championship”, “On Day 3 of the competition, Josh was cruising to his spot when he saw fish-eating birds diving in shallow water. Knowing that cormorants in shallow water mean baitfish are present and that walleyes would also be there, he changed his location from the first two days and started at this new spot.” Josh displayed the keen insight only years of experience would lend to any angler in that situation.

Josh shared a bit about his experience during the championship saying “The way this Championship is structured is the top 16 anglers fish against each other based on ranking. So 1st place angler of the year faces 16th place angler of the year and so on. The bite was really off and it didn’t take many fish to win a match. I was lucky enough to win my first two matches by a small margin and then the third day I relocated and found a large school of walleye and had the largest weight of the tournament including big fish of the week which won me the big fish prize which was a new Power-Pole and drift paddle. Day 4 was the championship match and I was feeling really good about my odds but my competitor had been catching them all week but every day he had less and less weight. I knew I had to catch them. We can get updates throughout the day from our official of what our competitor has for weight. We fish from 8am till 1pm and at noon I was only up by 2 lbs and it felt like my bite was getting better. I put my head down and just fished. In the last hour, I added 8lbs to my total and lost a 4 pounder next to the boat. When the buzzer went off at 1pm I looked at my official and asked “well how did I end up doing?” Then he turned to me and said “Josh, you’re the champ!  It felt great to be the first-ever Head 2 Head fishing champion! My wife and kids along with my parents drove 11 hours to New York to watch this play out and it was great having them by my side!”

Josh has been a part of Power-Pole’s Pro-staff since January of 2021. He’s also a dealer and a proud father of 2 beautiful girls. Whenever he’s not busy at the dealership, fishing, or helping out with his family you can catch Josh hunting!

Great job, Josh! We’re proud to have you on Team Power-Pole.