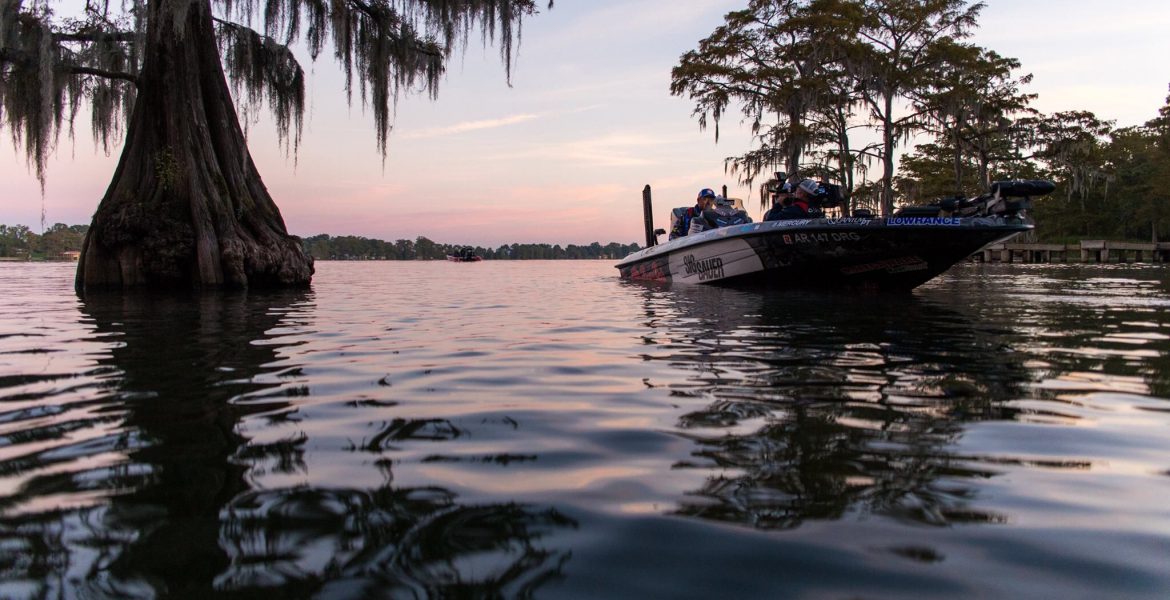 CHARGE will be part of all MLF Cup Series events

At the highest level of competition, only the best products on the market will do.

That is why each of the boats used in the Major League Fishing Cup Series this season will come equipped with a Power-Pole CHARGE Marine Power Management Station. Along with their flagship Power-Pole Blade Shallow Water Anchors, the CHARGE is part of the standard equipment package that will be used in each event of MLF’s marquee tournament series in 2020.

The Cup Series consists of four television-friendly events – the Challenge, the Heritage, the Patriot and the Summit Cups — with anglers who have qualified through the MLF Bass Pro Tour. Each competitor is given an identical boat for the competition outfitted with the best products on the market from the tournament tour’s biggest sponsors.

“These are some of the best anglers in the world so it only makes sense that we put the most technologically-advanced equipment available at their fingertips,” Power-Pole vice president Robert Shamblin said. “The CHARGE is an essential tool for any angler who wants to compete at the highest level and, just like with the Power-Pole anchors, being part of the MLF Cup Series shows that our products are vital for these anglers.”

While the CHARGE may not be readily apparent during the televised broadcasts in the same way as the Power-Pole anchors mounted on the back of each boat, the role that the CHARGE plays during competition is no less important. It is more than just a battery charger, it’s an intelligent power management system that performs the functions that previously needed three different devices to accomplish.

CHARGE automatically devotes more power to the accessories that need it the most for maximum efficiency. Whether it is the trolling motor, live wells, or other devices, CHARGE seamlessly manages the boat’s power consumption so anglers can devote their full attention to fishing. Using the C-Monster app or GATEWAY-enabled devices, the anglers can see their batteries’ state of voltage in real-time.

In the rapid-fire, catch-weigh-release format of the MLF events, that ability to focus purely on fishing and not battery status when the bite catches fire can be the difference between cashing in and elimination.

Team Power-Pole pro and Bass Pro Tour competitor Chris Lane was one of the first anglers to use the CHARGE in a tournament setting so he already knows the advantage the CHARGE can deliver in crunch time.

“I am really excited to see that the Power-Pole CHARGE will be standard equipment in the MLF Cup Series event boats this season,” Lane said. “With one MLF Bass Pro Tour season under my belt running the Power-Pole CHARGE, I could not compete with true confidence without it in my boat. Knowing that I have complete power management of my batteries, on the run charging and an emergency start all in one unit is fantastic!

“It’s super lightweight which helps my boat’s performance as well. CHARGE is a game changer for sure.”

The CHARGE became standard issue on all Cup Series boats in 2019, where it proved it could keep up with the rigorous demands of these top pros competing at the highest levels.

“Our boats that we use during MLF Cup Events take a beating during the season with more than 160 hours on the water per boat,” MLF executive vice president Don Rucks said. “Our service crews are always reliable to keep the boats running at peak performance. MLF staff and pros rely on the durability each Power-Pole CHARGE provides day in and day out.”