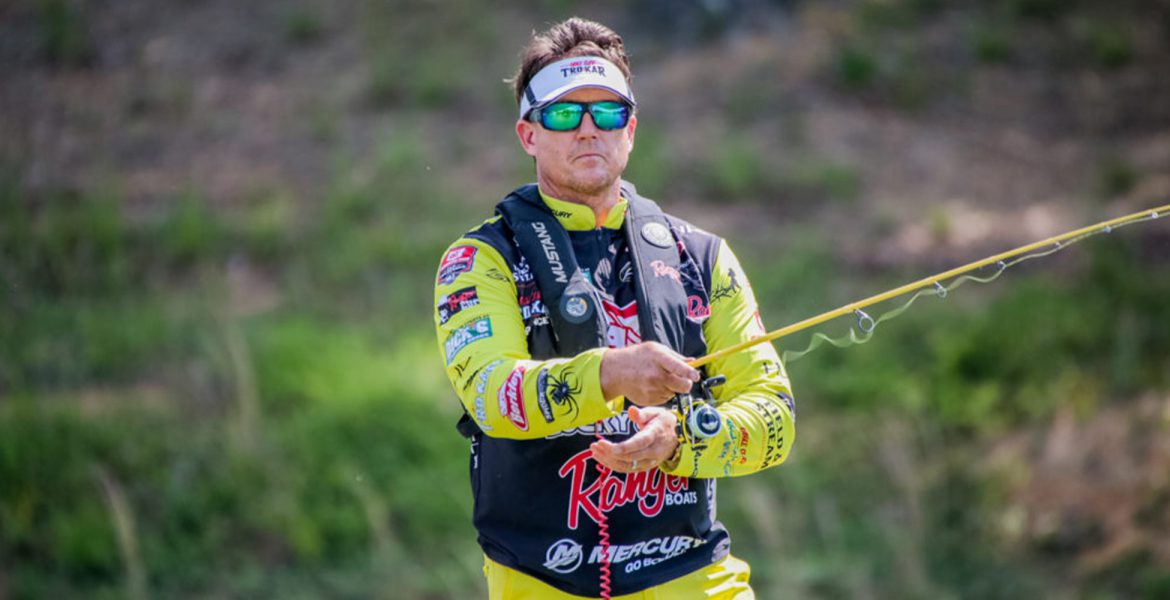 For bass fishing icon Skeet Reese, the decision to join Team Power-Pole as a sponsored angler felt like a formality. He has already felt like a part of the Power-Pole family for well over a decade.

“The guys at Power-Pole like Branden (Franklin) always made me feel like I was part of the team even though I wasn’t one of their fully sponsored anglers,” Reese said.

Starting this year, Reese will officially join Power-Pole as a sponsored angler on Major League Fishing’s Bass Pro Tour and will also be one of the most visible ambassadors on social and digital media. When the opportunity arose to officially become a part of Team Power-Pole, the California native said he didn’t hesitate.

“I see the commitment to guys like Chris Lane or the Watts brothers and to see the company get behind their people and allow them to be themselves while still conveying the message,” Reese said. “That kind of support is important to me.

“It’s also seeing their support of the entire fishing industry and not just the individual anglers. Everyone in the company seems to have a love and passion for the sport of fishing.”

Among the messages he feels he wants to convey include the proven technology and reliability: “I’m impressed with what these anchors can go through because I can tear up anything.”

And the company’s dedication to customer service: “From the beginning, you realized that business was about taking care of the customer because when you win over a customer with that level of customer service, you have a customer for life.”

Since first turning pro in 1997, Reese went on to one of the most successful careers in competitive bass fishing history. Reese was the 2007 B.A.S.S. Angler of the Year and the 2009 Bassmaster Classic champion. His win in Shreveport, La. was one of 15 appearances in the Classic and with over 100 Top 20 finishes he has amassed over $3 million in lifetime winnings on bass fishing’s highest level.

“After years of watching him use our products at the highest levels of competition, we at JL Marine are excited to welcome Skeet Reese as the newest member of Team Power-Pole,” pro staff manager Casey Carpenter said. “Skeet’s success in the bass fishing world is quite impressive and his addition further reinforces the fact that the best anglers in the world choose our products because it gives them the greatest advantage possible during competition.”

Reese admitted that he was one of the last ones on the Elite series to adopt using a Power-Pole anchor during competition but once he did, he couldn’t imagine himself without one.

“I was skeptical but after I put one on, it changed my life,” he said. “And then I quickly realized that two is better than one.”

In 2019, Reese joined Major League Fishing’s Bass Pro Tour as both a founder and a competitor. He calls the new league the culmination of 10 years of hard work coming to fruition and that the made-for-television format has expanded traditional audiences beyond anything Reese had seen in his 25 years on tour. This means greater opportunities for anglers and their sponsors to reach new and emerging markets.

“We end up with 680 hours of programming so it is more opportunities to have more TV time than I’ve ever had,” Reese said. “Then when you throw in the social media and creating content for that, what we thought of as traditional marketing is so much different than it was 30 years ago.”

At the heart of those efforts, professional anglers like Reese remain the catalyst for the entire industry. What helps him catch more fish ultimately will help others, from social media influencers to casual anglers, also catch more fish.

“Even after all these years, I still love fishing. I still love the challenge and everything that goes with it,” Reese said. “I love the product development and being part of the research and development. I still love catching fish just as much as I did 30 years ago.”