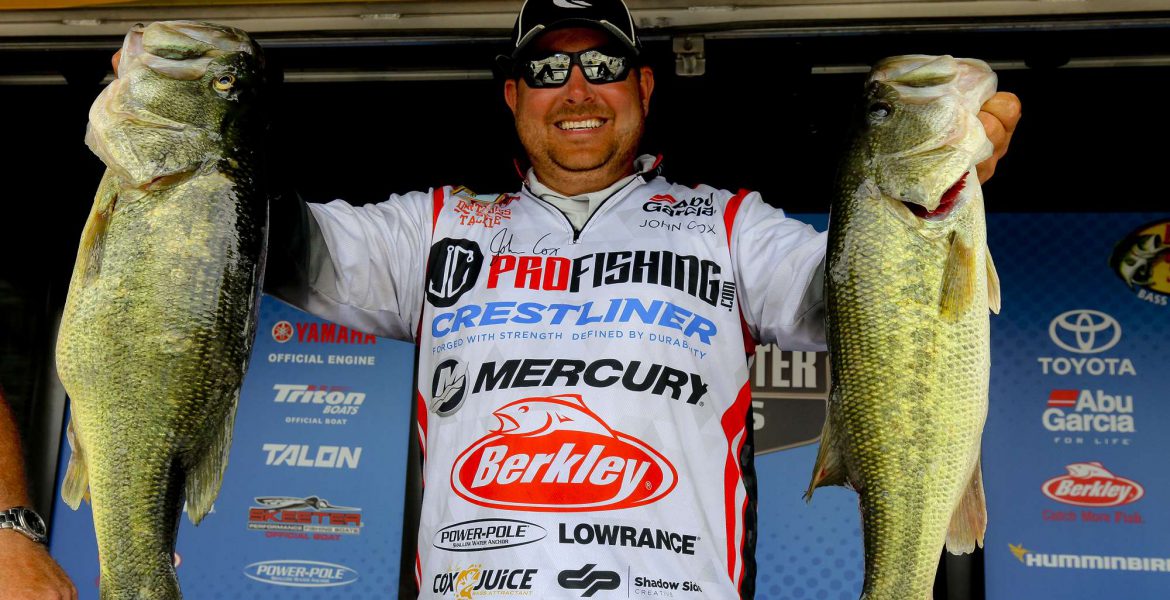 For John Cox, the chance to join the Bassmaster Elite Series was a long time coming. The DeBary, Florida, native had previously qualified for B.A.S.S.’s top tour in five of the last thirteen years but because of financial constraints, he wasn’t able to cover the entry fees.

Instead, he continued to toil in Bassmaster Open Series events and other minor fishing tours. His persistence and hard work finally paid off, however, as he will join the field of anglers for the 2020 season.

“In hindsight, it was a true blessing because I wasn’t ready when I was in my early twenties,” Cox said. “I still had so much to learn. Me, my team and my sponsors are ready now.”

Now that he has qualified for the top tier of the tour, Cox says he has extremely high goals and expectations that even he admits are “probably not even realistic.”

“No matter how impossible it seems, if you want it, just keep casting and never let up,” Cox said. “I’d like to thank all the people that made this dream a reality. One person can not do it on their own. You need a team behind you.”

Of the 88 professional anglers selected to compete in this year’s Elites, 75 are returning from last year’s Series, including .

“Last year’s class of newcomers was obviously the biggest we’ve had since the start of the Elite Series,” B.A.S.S. Tournament Director Trip Weldon said. “That was one of things that made the season so exciting — watching all of those young guys grow into pro fishing stars.”

The 2020 Elite Series schedule will begin Feb. 6-9 with the AFTCO Bassmaster Elite at St. Johns River in Palatka, Fla. From there, it will wind through eight states for nine events as anglers compete for cash and prizes and attempt to qualify for the 2021 Academy Sports + Outdoors Bassmaster Classic presented by Huk.

“The reaction to last season was overwhelmingly positive from sponsors and fans, and it’s great that everyone wants to continue with us on what will be another exciting journey in 2020,” B.A.S.S. CEO Bruce Akin said.

Of the 88 competitors, 66 of those are equipped with Power-Pole products on their tournament boats. Cox has been part of the Power-Pole family since he installed a four-foot anchor on his first boat, a 17-foot Crestliner, in 2010.

“I went on to win the biggest check of my life — $100k in my 3rd ever FLW Tour event on the Red River,” he said. “Over the years, I have realized how being able to stop the boat from blowing into what you’re fishing and be able to take a second longer to gather yourself and get your head right before your next cast is priceless.”

” Thanks to Power-Pole I’ve been able to teach my self to slow down at times.”