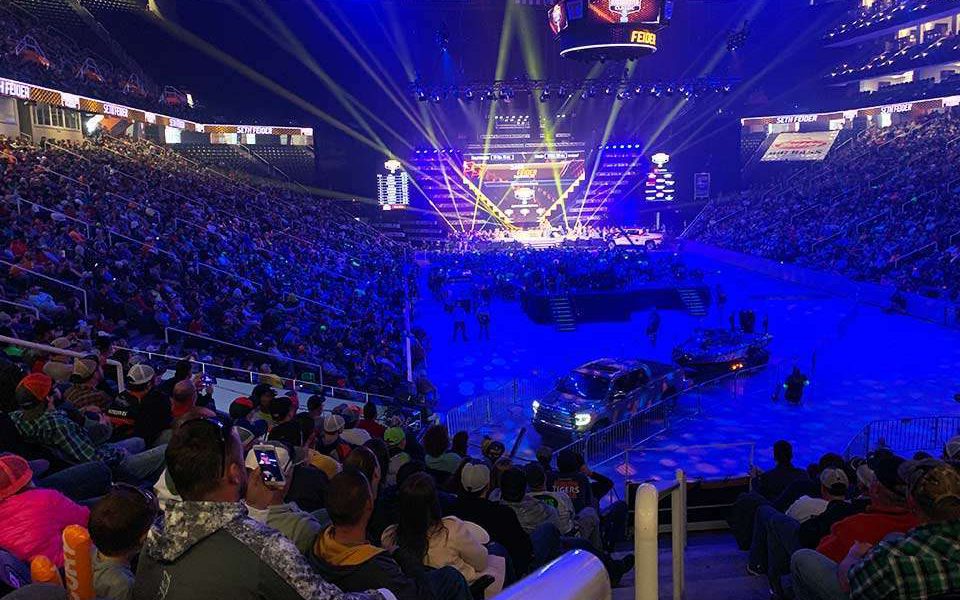 What to watch for at the 2020 Bassmaster Classic

The Bassmaster Classic will be celebrating 50 years when competitive bass fishing’s marquee event kicks off on March 6 on Lake Guntersville. As always, Power-Pole Total Boat Control will be a big part of the festivities in Alabama from opening launch to the final weigh-in.

If you are planning a trip to Alabama for this year’s event, don’t forget to stop by our booth #524 at the Birmingham-Jefferson Convention Complex to check out the latest innovations from Power-Pole — including the new CHARGE – and get exclusive deals on official Power-Pole apparel and merchandise.

Here are some Classic storylines to follow this year:

A Perfect Storm of Perfect Weather
The northern Alabama region was hit by a series of cold fronts in February that chilled the water temperatures on Lake Guntersville well into the 40s and has delayed the start of what is considered to be the prespawn feeding time for the big females. If the water temperatures can climb back into the lower 60s, expect the prespawn feeders to try and make up for lost time.

Power-Poles In Play
With the big females in heavy feeding mode, the fish will be camped out on the edges of grass flats, at the mouths of creeks and along shoals just waiting in ambush mode for smaller baitfish to cross their paths. Being able to meticulously and silently work these shallow water hotspots might be the key to landing the fish that ends up deciding the tournament. Fortunately for the anglers using Power-Pole anchors, they’ll already be equipped with the perfect tool to help them accomplish that.

Go Big Or Go Home
Lake Guntersville is an ideal venue for those who like to swing for the fences. Unfortunately, that can lead to a lot of boom-or-bust performances by anglers. Even if an angler finds success, there is no guarantee they can repeat. Paul Mueller set the venue record with a 32-6 bag during the 2014 event only to weigh in an empty bag in his next appearance. Finding the schools is going to be essential to limiting out. Otherwise, it might be a long day before a quick exit for a lot of anglers.

Click here for our insider’s guide on how to fish Lake Guntersville.

Sibling Rivalries
In many ways, brothers Cory and Chris Johnston mirror each other in their fishing styles and relative strengths so it is no surprise that they both reached B.A.S.S.’s biggest event together. It also wouldn’t be a surprise to see both of them neck and neck on the leaderboards. Cory, who will be representing Team Power-Pole in this year’s tournament, finished third overall in the Angler of the Year standings. He probably doesn’t have too many secrets that Chris doesn’t know having fished together on the Elite Series.

Under The Bright Lights
Of the 53 competitors this year, 28 of them will be experiencing the Classic for the first time. There’s a lot of pressure to perform on fishing’s biggest stage. When you add in things like the media coverage and the general bacchanalia that surrounds the event, it can be overwhelming, especially for an angler who has never experienced it. How will the new faces deal with a flotilla of boats watching their every move from just a few yards away with cameras rolling and drones flying? As the tournament goes on, that scrutiny will only get heavier. Can they hold up and still focus on catching fish?

Dues For Crews
With 11 previous Classic appearances, Team Power-Pole pro John Crews is the most experienced angler in this year’s field when it comes to the big event. Crews is one of 16 anglers that are equipped with a Power-Pole CHARGE Power Management Station. Could that end up being the advantage that brings him his first confetti shower on the Classic stage?

A Canterbury Tale?
Despite it being his first-ever Classic, Scott Canterbury is a solid pick as this year’s favorite to win. Canterbury is a native of nearby Odenville, Alabama and has plenty of experience fishing the Tennessee River region. He also finished the Elite Series with the top-ranking in the Angler of the Year standings. If that wasn’t enough, he also is equipped with both Power-Pole Shallow Water Anchors and the new CHARGE system. The only question is, can Canterbury become just the third ever angler to win a Classic in the same season as the Angler of the Year honor?

Let’s Run It
Speaking of CHARGE, Power-Pole will be announcing the winner of the #LetsRunIt social media campaign live during Saturday’s launch on Lake Guntersville. For more information and instructions on how to enter, click here.

CLASSIC BY THE NUMBERS

1 — No matter which competitor hoists the trophy for the 2020 Bassmaster Classic, it will be their first time doing so. This year’s field has no previous champions so someone is guaranteed to have a life-changing experience on the big stage.

3 — Scott Canterbury, Clent Davis and Matt Herren all call Alabama their “Sweet” home. If last year’s Classic is any indication, home water advantage plays a big part in deciding the winner.  Good luck to you and thanks for sharing that famous southern hospitality with the fishing world.

10 — Out of the past twelve Classics, ten of the champions have utilized Power-Pole Shallow Water Anchors. Last year’s champion, Ott Defoe, broke a streak of nine consecutive Classic victories by Power-Pole-equipped anglers.

16 — For the first time ever, sixteen Classic competitors will be using the new Power-Pole CHARGE Power Management System in their boats this year. The chances are good that we will see our first CHARGE-equipped boat pull through the BJCC and into the winner’s circle.

23 – This year’s Classic will mark the 23rd time Lake Guntersville has hosted a major B.A.S.S. tournament event and the 3rd time it has been the venue for the Classic. Rick Clunn (1976) and Randy Howell (2014) were the champions for those previous Classics.

35 – Of the 53 entrants in this year’s Classic, 35 of them will have Power-Pole Shallow Water Anchors rigged on their competition boats. No other marine accessory company is as universally accepted on the tour.

50 — This year will mark the 50th anniversary of the biggest event in competitive angling. It is only fitting that this year’s event will take place in state where it all started back in 1971. Congratulations B.A.S.S. for reaching this monumental milestone as we look forward to 50 more.

150,000 – The total attendance for the 2020 Classic, including weigh-ins, morning launches and the Outdoor Expo, is expected to rival the all-time record of 153,809 that attended last year’s event in Knoxville, Tennessee.

The Power-Pole media team will be covering the action all week in Alabama from the opening practice on Lake Guntersville to the final weigh-in at the BJCC Arena. Don’t forget to check back with the official Power-Pole blog for live updates, photos, videos and more. Also, check out Power-Pole on Facebook and Instagram for more coverage and use the hashtag #PolesDownTrophiesUp to join in the conversation.

If you missed any of the action from the 2019 event in Knoxville, click here for the recap.